In rare cases, some leg ulcers are caused by a condition called Pyoderma Gangrenosum, often known as PG. It is very important that you see your doctor or nurse if you have any wound on your leg or foot so you can get an accurate diagnosis and start the correct treatment.

A diagnosis of Pyoderma Gangrenosum can be quite scary. Like all conditions, having a diagnosis is the first step to getting the correct treatment so that the wound heals.

What is Pyoderma Gangrenosum?

Despite its name, it is not a type of gangrene. Pyoderma Gangrenosum is not contagious and cannot be passed from person to person.

The cause of Pyoderma Gangrenosum is often not known. Approximately half the people diagnosed have no known cause for it. It may start after trauma to the skin. Pyoderma Gangrenosum can sometimes be associated with an underlying medical condition such as inflammatory bowel disease, arthritis or certain blood disorders. It is important to know that having Pyoderma Gangrenosum does not mean that you have these conditions but your specialist or doctor will consider and exclude these.

What are the symptoms of Pyoderma Gangrenosum?

The condition usually starts with one single ulcer; this can unfortunately deteriorate quite quickly to a large or deep wound. Occasionally there may be multiple ulcers. Pain or discomfort from the ulcer is common, and the edge of the ulcer initially may look purplish. Sometimes the person may remember that it started like a red nodule or blood blister – sometimes people think they had a nasty insect bite. Pyoderma Gangrenosum is not a skin cancer and does not lead to cancer.

Getting diagnosed with Pyoderma Gangrenosum

There is no specific blood test for Pyoderma Gangrenosum.

If your nurse or doctor thinks you might have it, they may ask for some tests, including:

If Pyoderma is suspected you should be referred onto a specialist, usually a dermatologist who will confirm a diagnosis and advise you on treatment options.

Pyoderma Gangrenosum can be difficult to diagnose because it does not always show the classic signs of the disease, it may be confused with other conditions and even the biopsy may not detect it. Thus a diagnosis can be delayed BUT a diagnosis can be given because the consultant now knows what ‘it is not’. In these circumstances it is a ‘diagnosis of exclusion’.

Treatment – what treatment will I be offered for Pyoderma Gangrenosum?

Pyoderma Gangrenosum is often difficult to treat and may take some time to heal. Treatment requires the following important interventions:

Medical management by a dermatologist

The consultant aims to get the inflammatory condition under control. Oral medication may include steroids, special antibiotics or immunosuppressive medication. You may be given topical steroid ointment to be applied directly to the wound. More than one treatment may need to be tried – this will be based on your experience of the medication and whether the wound shows a positive response. You will experience a reduction in pain when the treatment is working. Your medical consultant will determine which is the best treatment for you. You will need ongoing review and regular blood tests to ensure the medication is not causing additional problems.

You may need stronger pain killers initially or if you have a flare up. You may need medication for neuropathic or nerve related pain; this can result in a sharp or burning pain and may not be managed with standard pain killers. Make sure you describe your pain to your doctor.

Compression therapy (may include bandages or wraps)

Compression therapy can get forgotten but it is an essential part of the treatment if you have Pyoderma Gangrenosum on your legs or feet. Medication may not be enough on its own to control this condition. Even if your leg is not very swollen the compression bandage or sock will reduce the level of fluid leaking from the ulcer(s). Your clinician may start with mild compression, but if you have a large wet ulcer, try to ensure you get a stronger level of compression. This will also work to reduce the local inflammation and is a critical part of the treatment for this nasty condition. In severe cases of lower leg ulceration, elevation and even bed rest initially may be essential. 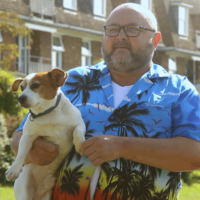 We would like to acknowledge the British Association of Dermatologists for providing helpful information.

The Lindsay Leg Club Foundation Promoting and supporting community based treatment, health promotion, education and ongoing care for people who are experiencing leg-related problems - including leg ulcers and other wound care issues.

NHS Choices the official NHS website, which provides vital information and support about leg and foot signs and other symptoms.