A keen sportswoman, who was just hours away from having her leg amputated, is urging people to get the right medical help early if they are worried about their legs and feet.

Angie Cross, from Preston, returned from skiing in the Alps and weeks later faced the terrifying prospect of losing her leg – all because of a seemingly common set of symptoms that many people ignore.

Hours after the 57-year-old had returned from the trip on January 1, she noticed that her leg had turned white, was cold and increasingly painful.

Doctors initially thought she was suffering from Raynaud’s Disease brought on by the cold, but three weeks later the pain became unbearable. In desperation she went to A&E, where she was told she had a blood clot caused by a popliteal aneurysm, a potentially catastrophic leg condition that can cause a sudden lack of blood to the lower leg and foot, and lead to amputation.

After an urgent operation, Angie made a good recovery and although some of her movement is limited, she knows she is lucky to still have both legs.

“If I knew then, what I know now I would have gone straight to A&E. Once I got to hospital I was told that I’d only been hours away from losing my leg. The longer your foot is white, the greater the chance is of losing your leg because of the lack of blood supply. If the surgery had been left any longer, I’m not sure where I would be now.”

She is one of an estimated one million people a year in the UK who have a life-threatening or serious problem with their legs and feet, often caused by an underlying issue with their circulation.

Nurse consultant Dr Leanne Atkin from Pinderfields Hospital, Wakefield, is chair of the UK’s Legs Matter Campaign – working to improve care for serious lower leg conditions including leg or foot ulcers, swollen legs and cellulitis. She hopes that increased awareness will result in more people demanding that the right care is provided the first time and help to prevent patient suffering.

Dr Atkin said: “Lower limb conditions are a silent and growing epidemic, but with the right care, much of the suffering and life-changing leg and foot problems could be avoided. As part of Legs Matter Week this year we are urging people to seek help quickly if they are worried and to go back to their health care provider if their leg or foot isn’t healing, to help avoid a permanent disability.”

The UK has a growing number of people experiencing serious lower limb problems – often linked to obesity and costing the NHS up to £5.3 billion annually. [i]

As well as leading to extensive suffering, these problems are also leaving many people with amputated legs, feet and toes, secondary health issues and deteriorating health.

From October 12-16, Legs Matter Week hopes to encourage more people to check their legs and feet using a simple three-point checklist and to seek the right help if they are worried. Organisers have created the ‘Legs Matter Lounge’ with helpful videos, resources and virtual events including meditation and live Q&A sessions with experts – sign up here at the Legs Matter Lounge.

Since lockdown, important, new self-care Coronavirus resources for patients, families and health care professionals have also been added to the Legs Matter website to meet the growing demand for information.

After struggling to find the correct information, Angie is one of a growing number of people contacting the Legs Matter Campaign at www.legsmatter.org looking for help with her rehabilitation.

She added: “More awareness is needed for people. I am so lucky to still have my leg and I was so close to losing it. I just don’t think people realise how important it is to look after your legs and your circulatory system.”

An All-Party Parliamentary Report published in February 2019 has called for action in tackling differences in lower limb amputation rates. It said: “The fact that every hour in England someone over 50 has a minor foot amputation and every two hours someone loses their whole leg is unacceptable.” [ii]

And an NHS England study published in 2017 estimates that having effective care early, reduces leg ulcer healing times from around two years to just a few months and is 10 times cheaper. [iii]

But many patients suffer unnecessarily for several years due to a lack of knowledge and not accessing the right care.

Supported by NHS England, the Legs Matter Campaign was formed by a group of the UK’s leading lower limb clinicians, who, together with patient partners, are campaigning to make serious leg and foot problems a thing of the past.

Operating under the governance of the charity, The Tissue Viability Society, Legs Matter is also made up of representatives from The British Lymphology Society, Accelerate, The College of Podiatry, The Society of Vascular Nurses, The Lindsay Leg Club Foundation, Foot in Diabetes UK and The Leg Ulcer Forum. It wants to ensure that anyone with a lower leg or foot problem understands their condition and gets the urgent care and support that they need.

For more information go to www.legsmatter.org or watch our film 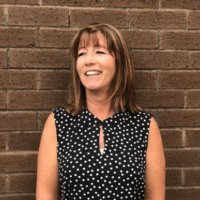 Newer Article
What I've learned from filming Legs Matter patient stories
Older Article
Is there a need for expansion of public health knowledge relating to lower limb and foot care?
In recognition of our
platinum partners